Via a combination of simulation and real-world testing, an integrated solution is helping to expedite the development of AV systems

There is still some way to go before AVs are produced and sold in volumes like conventional vehicles. Being able to speed up the rate of development and bring vehicles to market that are safe and fully trusted by authorities, regulatory bodies and, of course, end users, is the ultimate goal, but this is still an extremely challenging task.

There is a question mark over the best way to achieve this and how it is even possible, without recreating every potential driving scenario on every road in the world where a self-driving vehicle could one day find itself. Simulation is widely regarded as one of the best methods of achieving this. 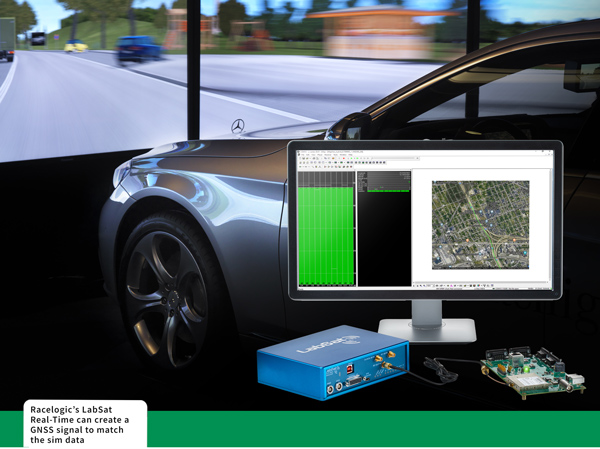 Hardware-in-the-loop simulation is becoming increasingly popular but it is still a relatively new concept for automotive testing departments. It enables various levels of complexity to be added to a testing platform, and Racelogic, the company behind the renowned VBOX range of vehicle data acquisition systems and VBOX Indoor Positioning System, also has a GNSS simulation division that makes great use of hardware-in-the-loop simulation.