This causes the wheels to slip and prevents the vehicle from responding to inputs such as steering, braking or accelerating. As a result the vehicle can go out of control, particularly if the steered wheels are involved.

To combat this tyre manufacturers must ensure the tread pattern they use effectively removes excess water. To evaluate the tryes performance, tests must therefore be carried out with a high level of accuracy and consistency.

The RACELOGIC VTS Aquaplane software can be used alongside the VBOX range of data loggers. The plugins allow the user to easily obtain results for both longitudinal and lateral aquaplane applications, helping to gain a greater understanding of the characteristics and behaviour of the tyres under test.

Watch the VTS Lateral Aquaplane plugin in use:

Watch the VTS Longitudinal Aquaplane plugin in use:

The VTS Longitudinal Aquaplane plugin can be used to denote a threshold slip value for each wheel, providing the user with the opportunity to choose between reaching the aquaplane condition when one, or all of the tyres, exceed this value.

It provides the ability to set pre-entry test conditions in order to ensure the vehicle is in a steady state before the test begins, and automatically calibrates wheel speeds simply by driving at a constant speed - removing the restraints of having to calibrate within the test area. 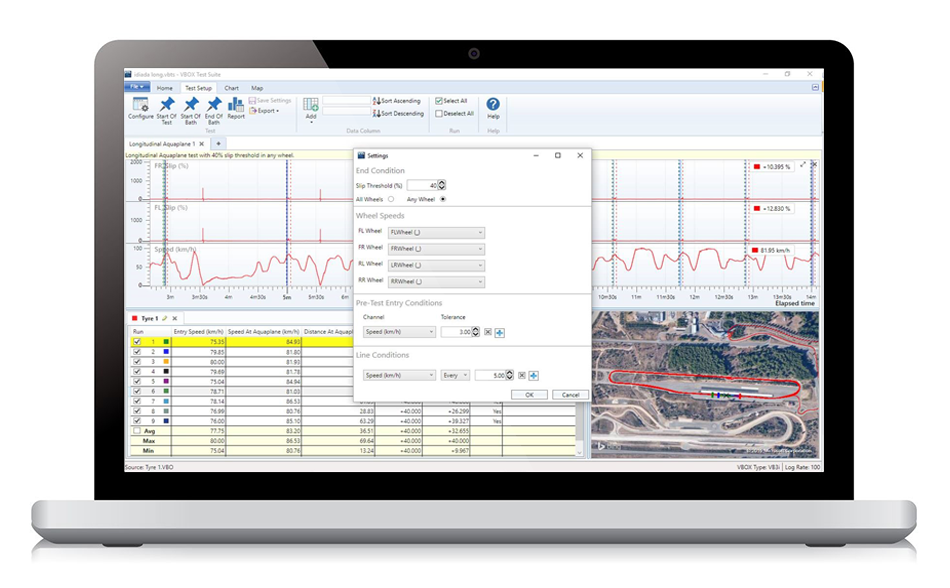 As test entry speeds increase, the lateral acceleration obtained will also increase. However, once the vehicle starts to aquaplane the acceleration values begin to decline.

By closely monitoring the vehicle's lateral acceleration throughout the test procedure, the VTS Lateral Aquaplane plugin produces a comprehensive report outlining in detail the maximum acceleration obtained and how quickly, and to what degree, this value decreases when the tyres begin to aquaplane.

This data can be directly compared to other tyre compounds to provide engineers with the infomation needed to grade tyre performance in wet corner conditions. 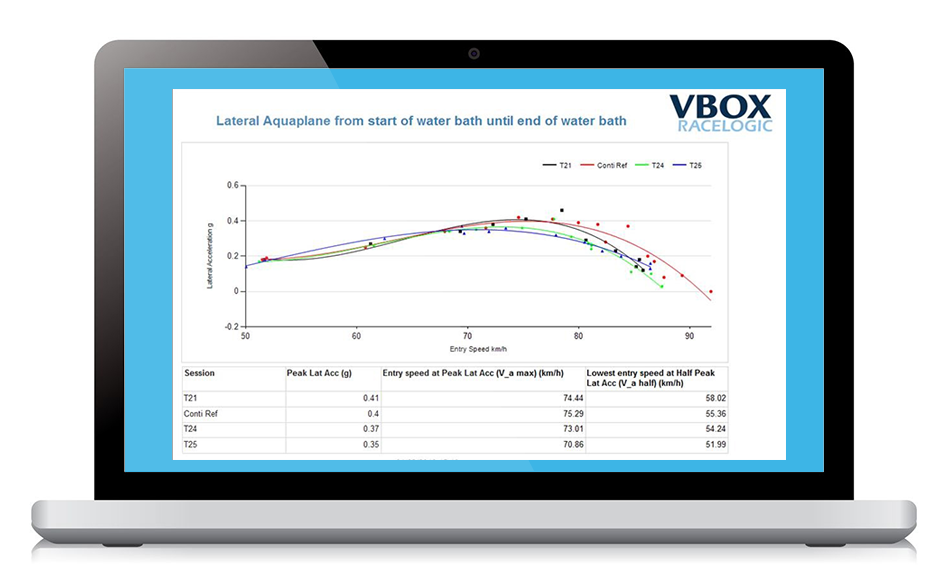 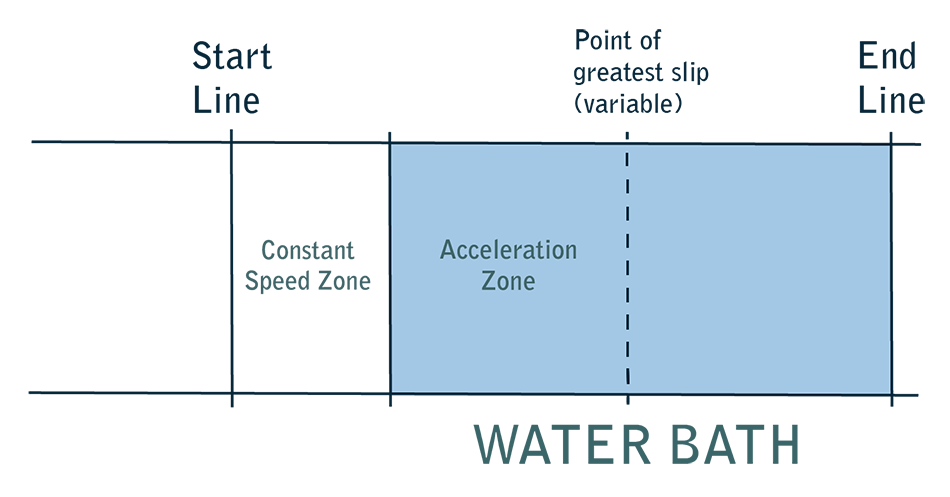 The distance travelled in the water prior to aquaplaning, combined with the speed reached at this point, can then be used as a measure of the tyres resistance to aquaplaning.